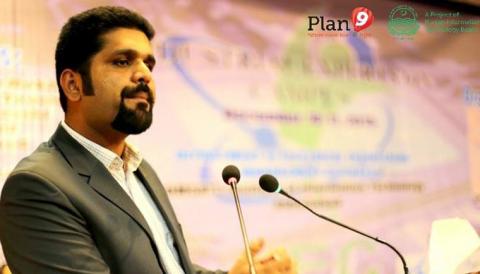 My story is the transformation of a raw idea into ‘Serverless Smart City’. The two terms ‘Serverless Technology’ and ‘Auto Governance’, is what I identified in client meetings. My efforts to convert my raw idea into something tangible began in 2008 when I initiated ‘The Suffah’; a web portal to spread awareness about educational opportunities in remote areas. It was also integrated with a classified ad portal called ‘Lahore Mandi’. Both were left defunct within 90 days because of one man show. I somehow managed to gather a team, developed a basic version of school software but still didn’t get a client. So the first round of efforts were in vain. I got a second chance when I was asked to develop a Cargo Software. With the same zeal and zest, I developed the required software with the help of my team but sadly once again none of the clients wanted to purchase it.

Though these hurdles brought a major setback but they were little in front of me and my team’s determination and thus we continued searching for an opportunity. Our efforts paid off and we did finally find a client who wanted us to make a software suitable for the functioning of a bakery. We developed and deployed it successfully. With this breakthrough we entered the market in remote areas. We replicated the same practice and developed seven more products. This achievement gave healthy start to our new company and team.

But the story doesn’t end here. Where did Serverless Smart City go? Well, one day, I was attending a session and while the speaker was presenting smart cities I kept mapping my products on it. It was during that session that I decided to connect all my products to form a suite and name it as ‘Serverless Smart City’ but still my creation only revolved around a small remote district of Bahawalnagar. It was then, I came across an opportunity to apply in Plan9, after which we became a proper company by being exposed to extensive mentoring. We then moved on to PlanX, MIC Lahore and now we stand as a company that has group of industries, number of colleges, local businesses and Pakistan Army on client list.

Hence it’s all about never giving up and always keeping a lookout for opportunities and making the most of them. Wasif Ayub Rao, CEO Serverless Smart City