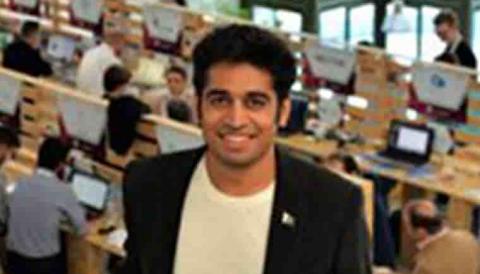 Eldest of 4 children, I was born in a household where major emphasis was put on acquiring good education. Both my parents are disciplinarians, so it was tough as a child but I feel that it gave my life a lot of structure.

Despite being strict, my parents never pressured me to focus on a single field; in fact, they were quite flexible about it and encouraged different aspirations I had at various stages in life. The only career requirement they had from me was to at least attempt a CSS exam once in my lifetime which I never did because of my improvised professional decisions.

After being admitted to NUST, my first choice was to opt for Civil Engineering, inspired by construction shows on National Geographic channel. However, after first 2 weeks of tech related courses at SEECS, I became more interested in Software Engineering and decided to go with that.

Personally, I have had a significantly problem-free life (Alhamdulillah) and although I am tough-skinned, I must acknowledge and be thankful that Allah has blessed me with a somewhat, smooth life. But yes, when it comes to my startup I would say, merely being a ‘Pakistani’ is problematic enough to begin with.

Majority of our people (read businesses & resources) lack basic professional ethics. Weak legislation, messed up work cultures, ill precedents, lack of merit & ridiculous adulations are some of the highlights of our ecosystem. If you try to play it straight, your chances of success are barricaded in this corporate jungle.

I was lucky enough to understand this during my student life and this further strengthened my plan of starting something of my own, where I can practice these values autonomously; which, later on, can be reflected to our broader society. Giving up on a broken system is easy, mending it is challenging and I am an agent of the latter.

As soon as I took the course of ICT at NUST and got to know about the entrepreneurial icons across the globe, I wanted to be an entrepreneur. This was not an abrupt decision, it was well-thought-out and I weighed all my options before finally pursuing this path. The only problem was that I had no idea where to start.

The entrepreneurial ecosystem of Pakistan back in 2011 was super nascent and my only bet was our university’s entrepreneurs club, which at that time, had no idea how to go around with actual businesses. That is when I started putting internet to good use and self-taught myself a lot of soft skills.

In the summer of 2012, I founded Aloo Clan with two of my university classmates, who also are my best friends. The vision behind this was to make a global impact in the virtual world, as a Founded-in-Pakistan brand, specifically empowered by youth. At that point we did not have a direction but went ahead with it anyway. I believe that this was the time when I totally neglected my studies and GPA, and in the process, bargained my corporate longing with my entrepreneurial instinct. But I believe it was for the best as Allah has always bestowed his numerous blessings upon our path ever since.

Every passing day leaves you with a new life lessons, so singling one out is a bit unfair. I would say living a regret free life is very important in every regard; which is only possible if you don’t shy away from taking a shot at things you love or which matter to you. Be it the professional grounds or the personal ones, (here goes the cliché): Just go for it and if Allah wills, you shall have it. This mantra helps you diminish risk aversion and hence, increases the chances of success. As Albert Einstein once exclaimed: “The definition of insanity is doing the same thing over and over again, but expecting different results.” – Usama Tauqeer, Co-Founder at Aloo Clan.