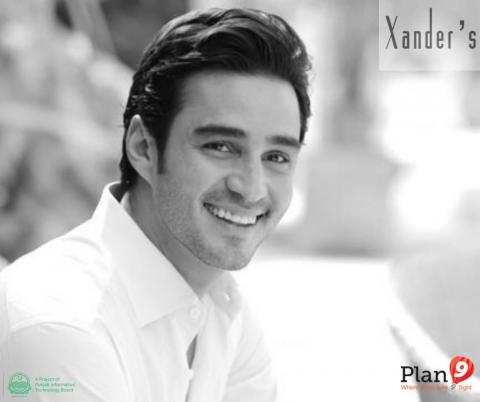 “Food is in my genes! I studied hospitality in Switzerland, worked in restaurants and hotels there as well as in Amsterdam and South Africa. I had a plan to move to Chicago but before that, I came to Pakistan to spend some time with my mother. It was during that time that I noticed a gap in the food service market. It was then the idea of Xander’s came into being.
Initially, my mother was the key driving force for me. She is a veteran in food business running ‘Café Flo’ for almost two decades now. She has supported me every step of the way.
The journey of opening up a café had its ups and downs but the biggest hurdle was that there was no qualified staff in Pakistan not the right quality ingredients for sourcing. I had to give rigorous trainings to the staff myself, in order for them to run the restaurant of the standard I had in mind.
I remember a quiet opening on a Monday and then people slowly getting to know about the café. I had to tackle all the problems at my own pace so a grand opening wasn’t an option. I believe that a slow and steady organic growth is long term. The appreciation from the customers is what drives me and keeps me going.
I owe it to the Xander’s team that they are now able to run a restaurant on their own which has given me an opportunity to focus on expanding the business and now we have three branches. Also, I would like to open up branches in Lahore and Islamabad or maybe get into the catering business in future.
My advice for anyone who dreams of opening up a restaurant, is to get an internship or a job in a restaurant to understand the basics of the food business. I believe that to become the jack of all trades you have to understand everything related to the restaurant first, the right kind of music, to the interior design, the ambiance, the finance and cash flow, to the staff that you hire and the teams you create that would keep the restaurant running without you. Food is a very sensitive as well as a tough business and can go down really fast if not done right.”
Sikander Rizvi - Owner Xander's