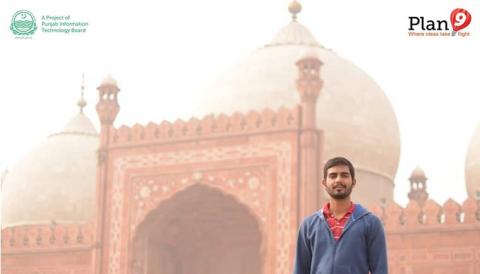 The idea for Qayaam came to me purely by luck. In sophomore year at LUMS, I put an indefinite end on my extracurricular activities, opted for courses worth 20 credit hours, it was all going to be about study that semester. As luck would have it, Hamza (co-founder), reached out to me in the same semester. We had met once at an MUN, gotten along well, even became friends on Facebook but that was the extent of it. So when he pinged me on FB, quite randomly, I was skeptical about meeting him. I even considered lying to get out of it, only because I was too lazy to put in the effort, but I happened to be near ‘Khokha’, the meeting point Hamza had chosen.

We caught up on what both of us had been up to and during our conversation, I asked him where he was living. He told me that he was staying with a friend but would be kicked out if he didn’t find a place of his own by tomorrow. It was virtually impossible to find a place in one day so I offered him my place, thinking it would be a one or two day arrangement, but one day turned into a week, and he was still at my place.

Having him around was not an issue, I did not mind his presence and during one of our conversations, QAYAAM happened! We were discussing his accommodation problem, and he came up with this idea of finding, on-demand, short term accommodations.

We pitched the idea to Owais (co-founder) and it was him who introduced us to LCE, where we got incubated initially. After our incubation at LCE ended, we pitched at Plan9 and got in too. Through all of this, one thing that we learnt for sure, was that running a business was not a walk in the park.

We have recently signed an MoU with Akhuwat and Dunya Foundation which has put us on the map in the Gilgit Baltistan region and we have on-board 130 homes which can really benefit from the tourist industry.

What I have learnt during this journey is that we must, always, measure our progress in KPIs but at the same time, we should not dehumanize businesses. The investment in relationships should be free from any kind of incentives. If I had focused on favors I could leverage from Hamza, after I offered him my place, we wouldn’t have been here.

“This is the value Qayaam is building upon. Help others out of the goodness of your heart. Encourage tourism by providing comfort zones to people outside their homes.”