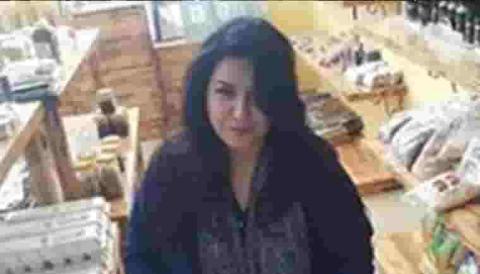 Married at the age of 18 and thrust into being a housewife so early on, I was never given a chance to be something greater. I had my first child at 19 and motherhood consumed me. Juggling a family, that too at such a young age, was more difficult than I could’ve ever imagined.

When I eventually found time for myself, I began to teach. For 7 years, I was a Primary school teacher which not only gave me a sense of purpose but also taught me incredible patience.

I wanted to do something productive and make an actual difference, even if that mean improving the life of one individual and with that sense of responsibility, I started working with a few NGO’s whose agendas included poverty eradication in Pakistan as well as food shortages and child abuse.

I have always felt this need to help the people around me. It doesn’t matter what they are struggling with, if I can assist them in any possible way, I would do it. I have always wanted to be someone who could make a difference in someone’s life.

I overcame my problems by sheer dedication and unwavering determination to my cause, despite everyone telling me it’s impossible to change people’s perception.  I was always eager to bring about a positive change in the way people saw and perceived food. I wanted people to see that most of us, deliberately spend money, to buy products which are poisoning us. We are what we eat, and poor choice in dietary habits is the reason diseases are so common now.

I became more motivated when I got diagnosed with Hashimoto Disease, an incurable autoimmune illness, which brought with it 6 other autoimmune diseases. It took me, a period of 7 years, to heal with a complete lifestyle change.

2012 was the year my liver failed to function, it remained inactive for 42 days, and that was when I decided that if I ever get up again, I will educate people about toxic levels and how the food we eat makes us or breaks us.

This changed my outlook on life and forced me to be more assertive in what I wanted to do.
Healthy eating in Pakistan is the need of the hour, not because it’s a trend but because it can save lives. I quit my medicines one by one and came up with alternate home remedies, making sure all my food was additives and preservatives free. This in my opinion was the absolute requirement, and I needed to introduce this culture to a wider audience.

Haryali was a brainchild of my former associate and mine – motivated by my personal reasons as mentioned previously, the idea should have been matured yesterday.

Slowly and surely, combined with a lot of hard work and some major setbacks, Haryali became a brand of health foods and organic lifestyle. With time, it also became a symbol for women empowerment as 65% of our vendors are women, running businesses from home.

I have learnt that there are a plethora of good people in the world, but they are outnumbered by those who will strike you down. Being a woman entrepreneur in Pakistan is not an easy job. You are doubted at every turn, barely given a second chance, and misjudged.

But I hope that with Haryali, women continue to grow and make a difference in not only their individual lives but in changing society as a whole.