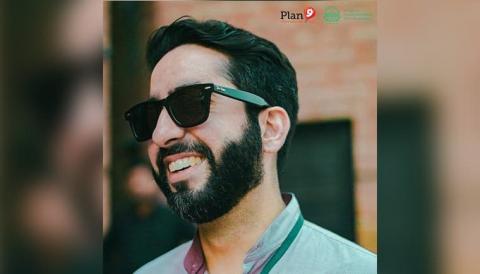 “There comes a time in your life when you have to sink or swim, and the former could never be an option for your passion.  After years of struggle, I landed up with my passion as “True Brew Records”, which wasn’t an easy journey for me but the key to my success was being persistent with my passion.

Being an art school graduate I had an unexplored passion for music, after five years studying art first in Lahore and then in London, I took a leap of faith and decided to trust in my abilities as a musician and producer. To pursue music in Pakistan is very difficult and frightening, but ultimately was also the most liberating, decision of my life.  This is why I had to take things more seriously, as music in Pakistan is not taken as a viable career. Also, I had no real portfolio to demonstrate my skill set and it took quite some years and much toil to build recognition in the industry.

Initially, I had an idea to set up a production house with an acquaintance that would cover both audio and video. When that effort did not pan out, I decided on setting up an audio facility on my own, one that would function as a creative space from where I could work and launch my projects.

The biggest lesson in last six years of working on my company is one must, against all odds, persevere. Each success and failure is itself a learning experience that helps shape and mature one’s efforts. Nothing works exactly as planned but, as long as one genuinely and passionately keeps chipping away at it, things do work out for the best.” –Jamal Rehman, Founder and Producer at True Brew Records