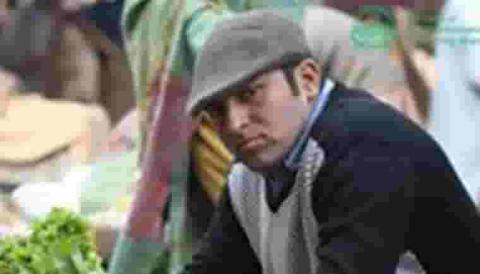 My father is a doctor and I did my MBA from Gift University, Gujranwala. I always wanted to be an entrepreneur and before moving to Lahore, I ran a school in Gujranwala for 2 years. Though I changed cities, I carried my passion with me.

Once in Lahore, I began looking for a job but did not succeed in finding any suitable work and eventually settled for a waiter’s position, which lasted for only 2 days. I then tried my luck as a salesman and later as a call center agent, but left as I felt there was no growth in these industries.

I got my first proper job in MathaMax Markets as a Financial Advisor and was promoted to the position of Business Development Officer within 6 months. I stayed with that company for 2 years, learning how to run a business successfully. Not only, did I handle my own work, but I also took interest in all the on-going activities such as client management, customer service, etc.

Another thing which I focused on was saving money. I wanted to make sure that after I left, I had enough capital to start my own business.
It was after 2 years that I resigned and when I stated my reason for leaving, I was discouraged in every possible way so that I wouldn’t leave. I applied in Plan9 for the 7th incubation cycle and made it to the top 20 but was rejected.

Things got a lot harder for me as I had given up my job, my wife and son suffered as a result. During this time of need, one of my acquaintances, Najam Ul Hassan – CEO Al-Noor Centre of Education, offered me a job as an Administration officer. Though the job barely covered my expenses, it did offer a lot of relief.

The working hours were 3 PM to 10 PM and this really suited me. In the morning, after delivering the orders I had received, I began marketing my startup. Every day, I’d go door to door, distributing pamphlets, heatwave had struck Pakistan that season and I’d ask potential customers for water to keep myself hydrated. During this time, I also applied in LCE but was rejected from there as well.

I began my business with the distribution of milk before moving on to vegetables and fruits. My mornings began at 4 AM, I’d go to the marketplace and collect products for which orders had been placed.

It was in cycle 8 that I got selected at Plan9 and needless to say, more challenges awaited me. Despite leaving my job as an Administration officer, my boss was kind enough to continue my salary for 4 months, giving me time to stabilize my business.

Once at Plan9, I began bootstrapping, utilizing all the resources I had, to make my startup a success. The team really helped and without their support, my dream could not have become a reality.

It was here that I began Cart99’s fruit box, it was healthy, hygienic and affordable and gained popularity immediately. Despite the startup doing well, my team began to fall apart and that was a really difficult time for me. I made the hard choice and let go of the people who could not sit well with the vision of the startup.

I am happy to say that I made the right decision. Today, we have more than 40 restaurants on-board, Gourmet, Avari, Subway and OPTP, to name a few. We have expanded our business and now are importing fruits as well, from all over the world.

During all of this time, I did not think about my failures, instead I focused on what I could achieve if I remained true to my passion. My parents and wife were a constant support and I owe my success to them.

Hard work, focus and consistency are the weapons of an entrepreneur, you have to be relentless in your pursuit of success. – Ali Wasim, Founder at Cart99.