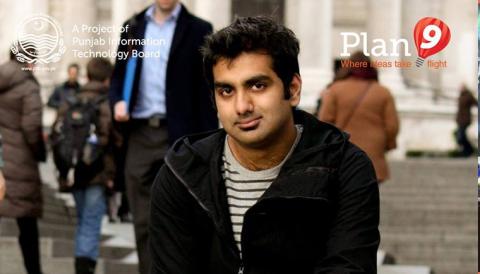 “It’s not entirely abnormal to fantasize about cars and dwell in their manufacture and working like an utter lunatic. Well, to a minor it may sound weird, but to some people ‘cars’ is an entire religion to which I too am a staunch believer of. During my under-grad days, I along with a couple of my classmates convinced our advisor to let us work on a product which could relay data from the instrumentation panel of the vehicle to a computer. Since I didn’t have a car we started working on analog to digital convertors to get data on a computer. Later we found out a standard interface we could use to get this data but our struggles didn’t end here. We would ask people to let us plug this device in their vehicles to test it, most of them would refuse based on how the device looked like and on the number of exposed wires. It took us a complete year to convert this prototype to a fully functional hardware. Once it was done we wanted to sell it to one of the major car manufacturers in Pakistan but it wasn’t an easy task. We were turned down because they didn’t see value in it following which we dropped the idea and started a software company after our graduation and did a couple of projects with some multinationals to help them understand data. Somewhere in 2013 a friend’s car broke down and we restarted our idea of XGear with a vision to change how people interact with cars. We spent all our savings on building a smaller version of the device and in understanding what is it that we can do better than anyone else. Plan9 proved to be one of the stepping stones that helped us with getting some recognition but we still had to take several hard decisions, turning down funding to get our first client. There were times when we weren’t even breaking even and had no money but we persisted and now we are working with some of the largest organizations in Pakistan and Europe. Through my experience I have learnt that entrepreneurs are delusional; they create a reality distortion field about the opportunity they see but my advice is that you should always have some concrete metrics to measure your goal and the solution should at least be 10x better than the competition, if you manage to do that you can conquer the world.”
Ahmed Khalid, Co-founder XGear